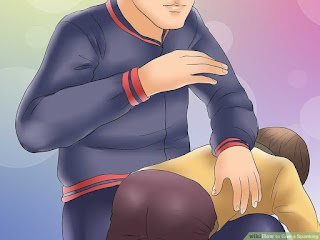 My book, What Would You Do? A Kid’s Guide to Staying Safe in a World of Strangers, advocates for safety, health, happiness and well-being of children.  Child discipline is an important aspect of raising well adjusted children. For that reason, I think it is important to address the controversy over spanking.

Spanking and verbal criticism have become, to many parents, more important tools of child rearing than approval." (Phil Donahue)