The Best Christmas Gifts for Children

Locating the best gifts for Christmas gifts for children can be challenging. It is especially challenging when children, who are bombarded with television ads for toys during the Christmas season, are enticed by them all. Educational toys and games, developmental toys, and toys that promote physical fitness are always very good choices for Christmas gifts to kids.
With that being said, I am posting on my Child Safety blog a list for parents, grandparents, aunts and uncles that I included in one of my web articles on educational and developmental gift choices for children.

Child development experts at GeniusBabies.com, suggest that educational toys for younger children are based on constructivism, a psychological theory that believes children generate knowledge and meaning from their own experiences. Educational toys for younger children, such as infants, toddlers and preschoolers, allow children to create their own knowledge by being active in the learning process.  However, most toys can be educational through play for all developmental stages of childhood and can enhance children’s creativity.

The packaging for most educational toys and games is marked with the age for which the toy is appropriate. That is helpful information. However, in choosing a toy, it is best to choose a toy that is appropriate for the child’s stage of development, regardless of the age.

The Best Educational Toy Choices for Infants, Toddlers and Preschoolers:

Infant toys should have contrasting patterns, colors and simple sounds, such as stuffed animals, mobiles, and toys that infants and toddlers can manipulate.  DVD’s, such as the Baby Einstein series, are highly recommended as both educationally and creatively developmental. Even simple building blocks are good gift options for infants and toddlers. Plastic toys that make sounds such as rattles or battery-operated toys with flashing lights or musical tones are also good developmental toy choices.

Educational gift choices for older children and adolescents should revolve around their personal interests as well as age appropriateness. Books are especially important for this age bracket because books develop reading skills, imagination, and creativity. Other gift ideas include video game consoles and educational video game selections that benefit intellectual development and hand-eye coordination.

Children have a natural tendency to play hard, but many are not doing so. Unfortunately, for many children, getting exercise by playing outside has been sacrificed to sitting in front of the television, the computer, or video games. For that reason, gifts for children that are activity centered games or toys are wise choices. Such games or toys should motivate children to be physically active, give them cardio exercise, and develop strength and motor coordination.


The Best Activity Toy Choices for Infants, Toddlers and Preschoolers:
The best gift options for infants, toddlers and preschoolers are any toy choices that involve physical activity, movement, pushing, pulling, crawling, walking, skipping or jumping. Bouncy seats give infants and toddlers physical exercise. Baby walkers allow babies to walk around and get physical exercise until they can walk on their own. The best active toy gift options for infants, toddlers, preschoolers, and even for older children, can be located at * Fat Brain Toys: Active Play.


The Best Activity Toy Choices for Children and Adolescents:
Children and adolescents will benefit most from sports equipment that will get them actively playing outside. Such options include baseballs, basketballs, footballs, soccer balls and tennis equipment. Alternatives include swing sets, sliding boards, see-saws, skis, snowboards, skateboards, rollerblades, bicycles, trampolines, jump ropes, and hoola hoops.

Since children and adolescents are fascinated with video games, the Wii game consoles and the games selections that involve active play, such as Wii tennis, baseball, boxing, Wii Sports, Wii Sports Resort, and Wii Fit Plus are excellent gift alternatives. Dance Dance Revolution, the pioneer in the rhythm and dance video genre, has for a few years been a popular game choice to motivate children to “bust a move” and get physically fit as well.


Points to Remember:
To quote American author, Tom Robbins, “If little else, the brain is an educational toy.” The best gifts for children of all ages and developmental stages should stimulate the brain, foster creativity and imagination, and develop an active, physically fit child.

You may be interested in viewing a relevant posting in the archives of my blog (November 2011).  It is called Children Believing in Santa Claus.

Are Your Children Addicted to the Use of Smart Phones? 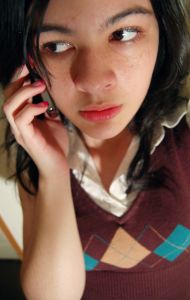 Looking Out for Our Children: Which Presidential Candidate is the Best Choice for the Well-being of Children? 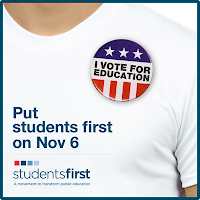 Weighing in the balance in the 2012 presidential election is the education, health, and well-being of America's children. It is my considered opinion, as a staunch advocate for child safety and for the future of children, that President Obam offers the best hope for our nation's children. He has the best plan for their education and for their health and health care coverage.


President Obama plans to prepare our kids for success by educating every American student to graduate from high school prepared for college and for a career. That is a national imperative. He doesn’t consider higher education a luxury. It’s his belief that earning a post-secondary degree or credential is a prerequisite for 21st century jobs and one that everyone should be able to afford.

President Obama believes in supporting great teachers. He believes that we need great educators to teach our children the math and science skills that will enable them to compete for jobs in the future. His plan calls for hiring more and better teachers.

President Obama’s educational plan is designed to help early learners.  He has stated that a child’s first years offer a critically important window of opportunity to develop skills that determine their success.

He has advocated the Race to the Top program. Now 22 million K-12 students are benefitting from President Obama’s historic reforms. Obama’s agenda has amplified ideas that have been simmering around the country, including those championed by Republicans, among them the push to give parents more choice about where children attend school and to blast apart a long-standing system that rewarded teachers for longevity but not necessarily effectiveness.

The president has said changes are needed to close the persistent gap between poor and privileged students, drive up high school graduation rates, and produce a workforce that can compete globally.


President Obama, in instituting the Affordable Care Act, has greatly benefitted children as well as Americans of all ages. Under the Affordable Care Act, young adults under age 26 can stay on their parent’s health insurance plan until age 26 – a change that has already allowed 3.1 million young adults to get health coverage and given their families peace of mind.
The Pre-Existing Condition Insurance Plan in every State offers an option to people who have been locked out of the insurance market because of a pre-existing condition like cancer or heart disease. And under the new law, insurers can no longer deny coverage to children under age 19 because of a pre-existing condition like asthma and diabetes. Starting in 2014, health insurers will be prohibited from discriminating against anyone due to pre-existing conditions. Obama Care also has preventive benefits. All new health plans must now cover preventive services ranging from mammograms to vaccinations for your child, without making you pay a co-pay or deductible.

Quoting part of Republican New York City Mayor Michael Bloomberg in his endorsement of President Obama, “When I step into the voting booth, I think about the world I want to leave my two daughters, and the values that are required to guide us there. The two parties' nominees for president offer different visions of where they want to lead America.” Like Bloomberg, I also feel that President Obama is the clear choice for the well-being of all our sons & daughters, and grandsons, & granddaughters. When I cast my vote for President Obama on November 6th, I will certainly be thinking about my children and my granddaughters and the world that they will be living in, even long after I’m gone.


In the wake of the devastating destruction of Hurricane Sandy, I must state that President Obama’s position on global warming and his plans for protecting our environment to address the very real threat of global warming is the clear choice for leaving a safer planet for our children. President Obama sees climate change as an urgent problem that threatens our planet. Governor Romney does not. Quoting again from Mayor Bloomberg’s endorsement of President Obama, “I want our president to place scientific evidence and risk management above electoral politics.”


This Child Safety Blog strongly endorses President Obama for a second term. We must move forward!

What Would You Do? A Kid’s Guide to Staying Safe in a World of Strangers | Book Club Reading List

What Would You Do? A Kid’s Guide to Staying Safe in a World of Strangers | Book Club Reading List
Posted by Melissa at 9:22 AM No comments: