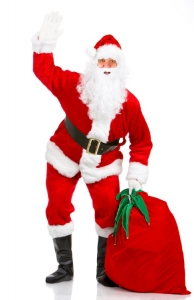 “Yes, Virginia, there is a Santa Claus. He exists as certainly as love and generosity and devotion exist, and you know that they abound and give to your life its highest beauty and joy. Alas! how dreary would be the world if there were no Santa Claus. It would be as dreary as if there were no Virginias. There would be no childlike faith then, no poetry, no romance to make tolerable this existence. We should have no enjoyment, except in sense and sight. The eternal light with which childhood fills the world would be extinguished.” (Francis Pharcellus Church)
The above quote from an editorial posted in response to a little girl who wrote the New York Sun in 1897 inquiring as to the existence of Santa Claus takes a positive and eloquent position on the controversy of whether or not the Santa Claus myth should be perpetuated.
Opinions vary on the subject. Those who believe that the Santa myth should not be perpetuated in children believe that the tradition is secular rather than religious. They also object to the necessity of telling a lie to perpetuate the myth. They also believe that the myth contributes to increased commercialization of Christmas.
Those who support perpetuating the Santa myth believe that such myths can transmit shared values and traditions from one generation to the next. Supporters believe that myths, such as the Santa myth, can relate moral messages, just as Aesop's fables have done. Such supporters of perpetuating the Santa myth see value in sparking children’s imagination and see no harm in such a myth.

“If the only tool you have is a hammer, you tend to see every problem as a nail.” (Abraham H. Maslow)

Children can become lost, abducted, or they can even run away. GPS Tracking devices can help remedy such scary and risky occurrences. GPS tracking for children , a very light-weight gadget that allows parents easily and conveniently to track their children, can be fastened to a child’s backpack, shoes or watch. It can also be inserted onto items of clothing making it easier to locate lost children, children who have run away, and children who may have been abducted. There is even a very tiny version of the device that can be implanted into a child’s body. However, the safety of such a GPS implant procedure is still being studied.

“Child abuse does not go away, but 90% of child abuse is preventable” (Karen Adams)
Allegations of sexual abuse have been made against Jerry Sandusky who served as the defensive coordinator for the Penn State football team for 23 years before retiring in 1999. Sandusky was known for his love of children before the alleged incidents. He and his wife adopted five children and raised three foster children.
Eight victims have testified that Sandusky befriended them through The Second Mile, a charitable organization Sandusky founded in 1977. The Second Mile is a group home and an outreach program for troubled boys. Sandusky is alleged to have endeavored to mentor the boys, to give them gifts, trips to sporting events, and access to the Penn State football facilities. Then he purportedly sexually assaulted the boys.
Head coach, Joe Paterno, and two university officials were named in the indictment that brought charges against Sandusky.  They were named in the indictment because police allege there was a cover-up of at least one instance of Sandusky sexually assaulting a young boy on the Penn State campus in 2002.
The fact that such types of alleged child abuse capture media attention is testimony to the importance of children of all ages learning to protect themselves from sexual abuse, or any kind of abuse. My award-winning book, What Would You Do? A Kid’s Guide to Staying Safe in a World of Strangers, teaches children about common predator lures and advises children to take caution, take action and always tell. (C.A.T)
To summarize briefly, What Would You Do? A Kid’s Guide to Staying Safe in a World of Strangers emphasizes the following protective strategies for children to keep them safe from abuse:
Children should be cautious around people they don’t know or don’t know very well. Children need to learn to trust their instincts.
Children should take action to be safe. They should learn whom they should and should not trust, and they should become street smart and not fall for common predator lures.
Children should always tell if something bad happens to them. Children should remember that if something bad or threatening happens to them, it is nothing for them to feel ashamed about. It is not their fault.


When children hear about such abuse allegations on the news, parents should be prepared to discuss the implications of such incidents. Parents should use it as a teachable moment. Parents should instruct their children never to be afraid to tell them if something threatening or scary happens to them. Parents should reassure their children that they will never stop loving them, no matter what.
What Would You Do? A Kid’s Guide to Staying Safe in a World of Strangers provides both children and parents strategies to prevent, not only predator abduction, but also to prevent sexual abuse. The book is published by Headline Books, Inc. It is available through Amazon, Barnes and Noble, Books-a-Million, Follett, Ingrams, and Baker and Taylor. The book was recently honored as a Best Books Award Finalist USA Book News.
Posted by Melissa at 10:48 AM No comments: 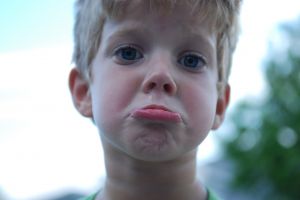