The Health Risks of Secondhand Smoke for Children 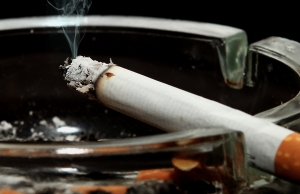 When children breathe secondhand smoke, they have a greater risk of developing respiratory problems and other health concerns. Secondhand smoke increases children’s risk for developing  asthma, Sudden Infant Death Syndrome (SIDS), bronchitis,  pneumonia, and ear infections. For children who already have asthma, second-hand smoke increases the number of attacks and the severity of them.
Children’s lungs are still developing. As a result, they are severely affected by exposure to secondhand smoke for many reasons. They are still developing physically and they have higher breathing rates than adults have. In addition, children have very little control over their home and other indoor environments. Children exposed to high doses of secondhand smoke, especially from parents who smoke in the home, run the greatest risk of damaging health effects.
As a parent, you can better guard your children’s health by keeping a smoke-free home and limiting their exposure to secondhand smoke. It would be beneficial for smoking parents to try to quit the habit.  Parents who smoke not only put their children’s health at risk, but they also set a bad example for their children.
For related information about the effects of second-hand smoke on babies see the article, “10 Reasons to Avoid Smokers with Your Baby”.

Distractions in the Car: An Issue for Teens, Children and Parents

The following post is a guest post by Brooke Kerwin. Brooke is a creative writer from Central Michigan University. As an aspiring writer she specializes in writing about local community issues.


As the year 2012 drags on, it’s more clear than ever that technology is growing in most everyone’s lives. From cell phones, to tablets to laptops, new products are continuing to inhabit our lives. While these types of products make things such as finding information and studying easier at some times, they can also become a major safety distraction, especially in the car.
Perhaps the most important thing to remember in these times is that distraction in a car can come from plenty of other areas than just cell phones. Still, it’s important to remember that cell phones can cause a host of different types of distractions in the car at all ages. Right now, the big issue in distracted driving cases is usually the problem with texting. Even so, being on the phone and surfing the internet on it are also major problems.
For example, talking on the phone can cause issues for adults and teenagers. From the adult side, a worst case scenario would be the possibility of this distraction affecting the safety of other passengers, specifically kids. Of course, we are all aware of the fact that making sure kids are safely fastened is one of the first things to think about when entering a car, but even something so important has surely slipped the minds in rare cases, because of talking on the cell phone.
Surely with the take off and positive aspects of technology in the last few years, it’s impossible to dismiss cell phones and technology from the car, but the importance lies in the communication with our teenagers who are beginning to drive. Being open and honest about the dangers that using a cell phone can cause while driving can be crucial for our teenagers that are learning to drive.
Of course, children can end up causing problems for drivers as well. Many of us have been in the situation where multiple kids in a car act up, causing a sure distraction to those in the front seat. In this type of situation it’s always important to just remain as calm as you can and communicate as well as you can, without having to keep looking to the back seat. In a worst case scenario, pulling over to put an end to any kind of issue is always smart, as you don’t want the situation to escalate and become worse.
Certainly there are a number of other things that can distract drivers of all ages, and put many in danger. Whether it be something going on outside of a car or inside a car, it’s important to remember that are focus will often affect many others behind the wheel of a car, many of whom are young children.
Posted by Melissa at 8:29 AM No comments: