Who Would Believe a Kid? Failure to Protect the Jerry Sandusky Sexual Abuse Victims 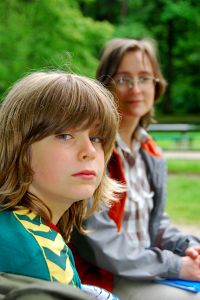 Jerry Sandusky, the 68-year-old retired defensive coach for Penn State University, was found guilty Friday, June 22, 2012 on 45 of 48 counts of sexually assaulting 10 boys over a period of 15 years, including his own adopted son. According to statements from some of the victims, they told guidance counselors and other adults that they trusted, and, unfortunately they were not believed. It just seemed too incredulous considering Jerry Sandusky was such a beloved and trusted icon in the Penn State community.
Who would believe a child anyway? After all, children have active imaginations. They sometimes create fantastic, incredulous stories from their imaginations.

Sometimes children even lie for various reasons. Quoting from a report from the Department of Pediatrics from Hahnemann University Hospital in Philadelphia,“If lying is defined as giving a false statement for personal gain, then lying is only one of several causes for children not giving an accurate account of events. The desire of a child to please others--that is, parents, therapists, or lawyers--may also result in an invalid statement. These factors and motivations should be considered in trying to interpret a youngster's statement.”
It is true that sometimes children do, indeed, make false statements and accusations. Research has shown that such false statements are sometimes a reality, particularly in the school environment. Documented cases have shown that students have sometimes made false accusations against teachers for vindictive reasons, such as bad grades or resentment over a disciplinary measure. In some of those cases, the teachers’ careers and reputations were ruined, only to have the young accusers later retract the accusation and admit that they had made false accusations. So it is important first to assess whether or not a child is telling the truth.
The take-away from all of this, however, is that, regardless of what kind of accusation a child has made, the child’s statement warrants careful scrutiny and examination. This is where the adults in the Jerry Sandusky sexual abuse scandal tragically failed his victims.
Another important take-away from the Sandusky sexual abuse scandal is the importance of parents teaching their children always to tell if something bad happens to them. It is crucial for parents to teach their children that they have control over their own bodies. Parents should have conversations with them about good touch and bad touch. Parents should teach their children that examples of good touch are a hug, or a kiss on the cheek from a loved one, or a high five or a pat on the back. Parents should teach their children that examples of bad touches could include hitting, kicking, and touching private parts. Parents need to instruct their children that touching other’s private parts or letting others touch theirs is inappropriate and not safe.
My book, What Would You Do? A Kid’s Guide to Staying Safe in a World of Strangers, teaches children that it is okay to say “No” to anyone, even an adult, who asks them to do something that makes them feel uncomfortable or weird. The book teaches children never to allow anyone to touch them in the private area of their bodies – any area that would normally be covered by a swimsuit. It also teaches them not to touch anyone else in those areas if asked to do so. The book teaches children that they should always tell their parents or a trusted adult anytime anything like that happens. Hopefully, the trusted adult will believe what they have been told, and, at a very minimum, scrutinize and investigate it. Failure to do so would be a form of child neglect.
A direct quote from my book encouraging children to tell is excerpted below:
“If something bad or scary happens to you, always tell. Even if it is only a little bit scary. You aren’t a baby for telling. Trust your instincts – your radar. No secrets ever! Even if you are warned and threatened to keep it a secret, always tell. Tell Mom, Dad, your teacher, or another trusted adult. Remember, if something like that happens, it’s not your fault. It is nothing for you to feel shame about. Tell someone so that you can be protected from something bad happening again. Mom and Dad will always love you, no matter what.”

Video book trailer for What Would You Do? A Kid's Guide to Staying Safe in a World of Strangers

Posted by Melissa at 9:59 AM No comments: