Gun Violence: Where is the Outrage? 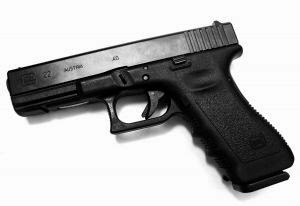 The most recent mass shootings in Santa Barbara, California gives me great pause. I cannot help but wonder where the outrage is from responsible gun owners and from the gun manufacturers.
I should think that those who support gun rights would be appalled by the use of guns in violent shooting sprees that have countlessly resulted the in loss of innocent lives, especially young lives – lives of children. The opposite reaction seems to be the result, however. After these incidents, the response from many gun owners is redoubling of gun rights protections. When will the supposedly responsible gun owners and gun rights advocates denounce the violent gun culture in our country?
As the father of one of the victims of the Santa Barbara shootings stated, “You think it won't happen to you. How many more people will have to experience gun violence before attitudes shift?”
Second Amendment rights come with responsibilities. Responsible gun owners and manufacturers need to lead the charge on responsible gun rights and laws. But where are they?
A large part of the blame for our country’s history of mass killings with firearms can be placed on the senseless lobbying efforts of the National Rifle Association and the tragically lax U.S. gun laws. Senator Richard Blumenthal of Connecticut said on Sunday that he wanted to bring back gun-control legislation that was proposed after Sandy Hook but which fell in the Senate.
It is time for a change. To quote, Richard Martinez, the father of one of the Isla Vista mass shooting victims, Christopher Michaels Martinez, “Not one more!”  Please take a stand in the fight against gun violence and the struggle for more stringent gun control legislation by signing the postcard sending the message, “Not one more!” to your elected officials.