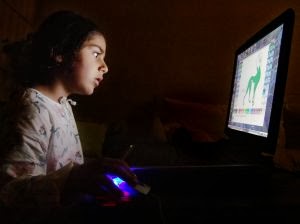 Keeping children safe in this age of social media, apps, and smartphones is of paramount importance. Parents need to be vigilant in regard to what their children are accessing on the Internet, social media sites, and any apps that they may have access to download.
A new update to the Children's Online Privacy Protection Act, which was originally passed in 1998, makes COPPA more relevant in the social media and mobile phone age. In addition, it places some additional burdens on companies that target children under13 years of age.
Websites and phone apps that collect photos or geo-location data from children must now obtain express permission from parents. This requirement places that data in the same category as kids' email or home addresses. The new rules also make firms more responsible for data collection by third parties, a loophole that had been exploited by marketers in the past.
Parents might not notice much change at first. Some apps that kids use might begin requesting parental permissions via emails or other methods. Because of that, parents should be vigilant that their children don't try to circumvent those rules by using a fake email address to grant themselves permission.
A spokesperson for the Center for Digital Democracy claims that with the update, a child's privacy online, whether they use a mobile phone, tablet, gaming device or computer, is protected. The new rules put the parent in charge of what data can be collected from their child.
Children attempting to use Facebook  and Twitter remains a concern, however. Facebook and Twitter don't allow children under 13  to use their sites, so those firms aren't subject to COPPA restrictions. The reality is, however, that millions of kids lie their way onto the social networks anyway. Statistics show that 50% of parents claim that their 12-year-old children use Facebook. This is an alarming statistic. COPPA won't have any real impact on this circumvention, but it might impact third-party developers who target kids on Facebook according to privacy law experts.
Hopefully, the updates will require Facebook to become more vigilant about policing the apps they allow on their website. The FTC has fired a warning to Facebook and other digital social networking sites that they must do a better job of ensuring that they protect the personal privacy of children. An ideal situation would be when and if the FTC starts cracking down on  social networks, apps, and other digital platforms that are looking the other way regarding the age of its users. Until then, it is a parent responsibility to monitor their children’s use of the Internet and Smartphones to better ensure their children’s safety.

Picture credit: Nevit Dilman
Posted by Melissa at 11:07 AM No comments: